Panel discussion: The conditions of artist-run spaces in Finland and Russia

Panel discussion: The conditions of artist-run spaces in Finland and Russia, presented by Supermarket – Stockholm Independent Art Fair in collaboration with the Finnish Institute in Stockholm

The panel discussion will start at 3pm and will be followed by networking and mingle.
The event is free of charge but please RSVP by 24th September.
The panel will be held in English.

SUPERMARKET and the Finnish Institute in Stockholm present a panel discussion on the conditions of contemporary artists’ initiatives in Finland and Russia. During the session, the panelists will discuss the situation of contemporary self-organised art scene in the two disparate, yet historically and culturally interconnected countries.
The broader culture-political problematics reflect in a smaller scale in the the conditions of the arts and culture sector. The existing frameworks for artists’ initiatives in Finland and Russia may be disparate in their funding and financial opportunities but share common patterns in terms of structure, applied processes and also visions and values. We will discuss some of these subjects with the invited panelists, all of whom have experience from different areas of the contemporary art sector.

The panel will revolve around these topics:
- Conditions of artists and artist-run spaces, funding support and professional opportunities in Russia and in Finland/Scandinavia
- Collaborations and projects initiated between the two countries especially in the border area and in the peripheries
- Differences and similarities in the approach of local audiences and their perception and interpretation of contemporary art forms
- Relationship between institutional and non-institutional art scene

With the escalation of the East-West antagonism steadily fuelled by the media and politicians alike, it is essential to engage in a mutually interested discussion on the cultural and political situation in Russia and our relations to it. Geographically and historically, Finland and Russia share both common interests and dividing issues.
Shared projects and developed collaborations are vital for understanding the different situations of the art scenes in Scandinavia and Russia. In 2018, following the course of previous years, SUPERMARKET enhanced its focus on Russia and hosted three Russian artist-run galleries: Dom Gruzchika gallery from Perm, Gallery Ch9 from Murmansk and Elektrozavod gallery from Moscow. SUPERMARKET has been working to broaden its knowledge of Russian artists’ initiatives, expand its outreach and share the information with the public.


Panelists' biographies:
Marina Pugina (b.1992 in Perm, Russia) is a curator and art critic who lives and works in Perm. She has worked at the Contemporary Art Department of Perm State Art Gallery since 2015 and writes on contemporary art, street art, and self-organised initiatives. In the last few years she has been active as an independent curator in the artist-run space ‘Dom Gruzchika’ in Perm, Russia.

Marja Viitahuhta (b.1979 in Tornio, Finland) is a Helsinki-based media artist and filmmaker. She has been awarded internationally at Cannes (Cinéfondation), Stuttgarter Filmwinter, Mediawave and L’Alternativa film festivals. Her early work ‘99 Years of My Life’ is in the collections of both MoMA (New York) and Kiasma Contemporary Museum of Art.

Timo Soppela (b.1965 in Kemijärvi, Finland) has been the director of the Artists' Association MUU/MUU Gallery, Helsinki, since 2001. He has worked as a gallerist and art educator and in MUU he has organised hundreds of exhibitions and international events. He is a member of the board of HIAP Helsinki International Artist Programme. He was invited to the jury of the International Short Film Festival Oberhausen 2018.

Alice Máselníková is Czech curator, artist and editor. She is the project manager at SUPERMARKET. She has curated a number of international projects and exchanges, e.g. as the guest curator at Umeå Art Academy (SE), the Faculty of Art and Design J. E. Purkyně in Ústí nad Labem (CZ) or the Transfer North curator-in-residence in Murmansk (RU). 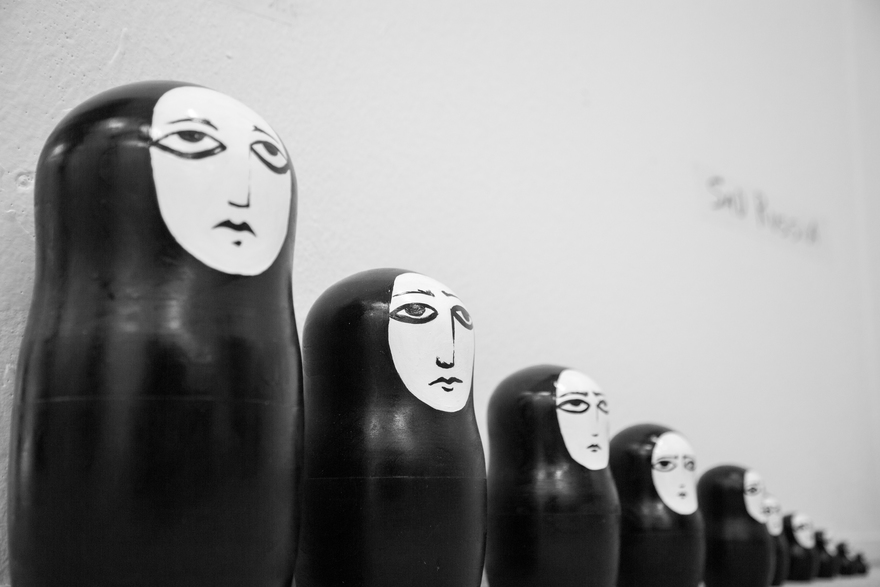